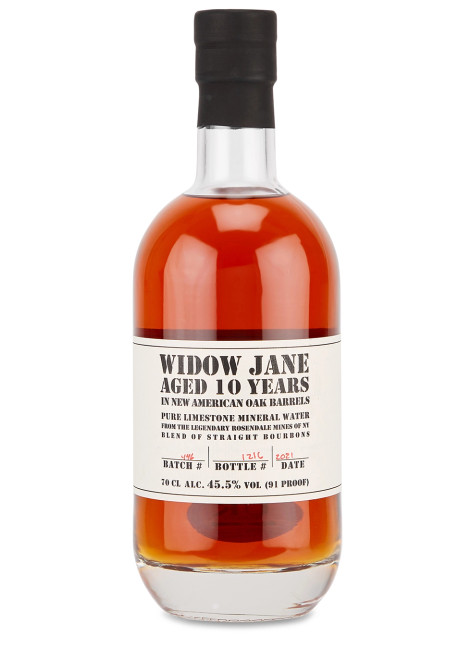 Widow Jane is small-batch Bourbon from the cobblestone streets of Red Hook, Brooklyn. Their team scour the country for the finest barrels of Straight Bourbon and rye whiskey, then blend them together. Finally, the whiskeys are proofed (brought to the desired drinking ABV) with mineral water sourced from the Widow Jane Mine in Rosendale, Upstate New York. Limestone from Rosendale’s legendary mines was used to build some of America’s most recognisable sites, such as the Brooklyn Bridge, the Empire State Building, Grand Central Terminal, the White house, the Washington Monument and the pedestal of the Statue of Liberty. So, that water is a pretty solid foundation on which to construct a monumental whiskey. Widow Jane also distil their own spirit using non-GMO ingredients, including a corn varietal called Baby Jane that’s unique to them. So, keep an eye out for more to come.

Widow Jane whiskeys are non-chill-filtered to avoid stripping out any of their delicious character, so you might find a little harmless sediment in the bottle.

Nikka Whisky From The Barrel