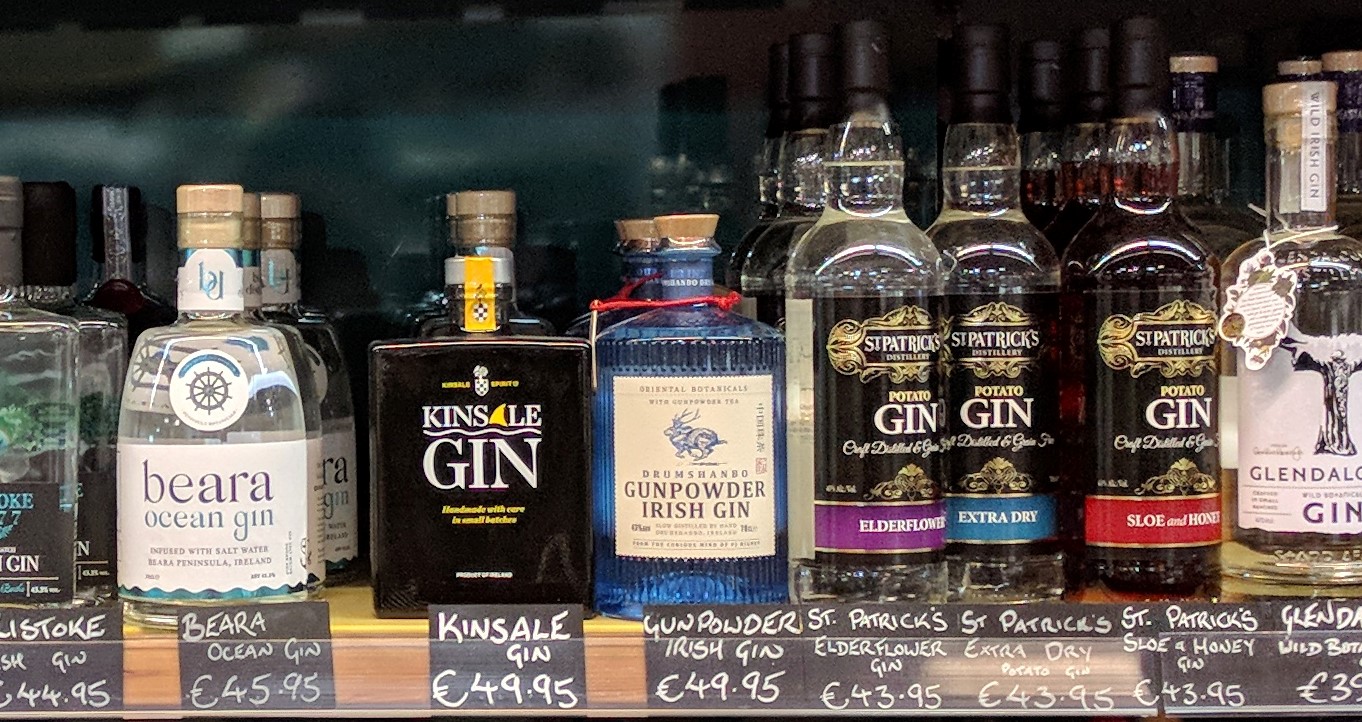 If you asked someone to think of County Leitrim, what is the first thing to come to mind? Table quiz fans would say that County Leitrim has the shortest coastline in Ireland (a bit over 1 ½ miles). Comedy fans of a certain age might mention Katherine Lynch, the originator of the iconic comic character “Singing Bernie Walsh” who lit up TV screens in Ireland during the years of the Celtic Tiger. Those of us who were around in the 80s and 90s might say that the founder of Quinnsworth supermarkets Pat Quinn was from Leitrim. The only Irish person ever to be deported from an independent Ireland, socialist James Gralton was from Leitrim. The county town, Carrick-on-Shannon has become a centre for hen and stag parties in post Celtic Tiger Ireland. What else is putting Leitrim on the map right now?

Pat Rigney is now doing his bit to put the county on the world stage and he is doing it though the medium of gin. He is the brains behind  Drumshanbo Gunpowder Irish Gin, a premium gin brand which is making a huge impression on gin fans throughout Ireland and locations overseas. It is all done from a small town in the West of Ireland with a name full of mystery, a place which sounds like there is a story attached.

Its all about Green Tea

Like Blackwater Barrys Tea Gin which we recently blogged about, tea, or more specifically Chinese Gunpowder Tea is a key ingredient of Drumshanbo Gin. It, along with oriental botanicals come together to give it it’s unique flavour. This flavour along with the blue bottle, which looks like it belongs on the set of Downton Abbey has helped it to stand out in a very competitive market as the interest in gin seems to keep growing and growing! For those of you who might not know, Gunpowder Tea gets its name from the fact that it is made from tea leaves which have been rolled into small green balls, a bit like gunpowder, a name which lends the gin a bit of mystique and gives it an old-world quality! Gunpowder tea is a traditional Chinese tea (made out of green tea) whose history can be traced back over 1400 years. The Chinese name for the tea is not as bellicose – it translates into English as either pearl tea or bead tea due to its dried form. It is not as dramatic as gunpowder!

What about the Drumshanbo mascot?

You might wonder what the animal is on the bottle – it is a “jackalope”, a portmanteau of jackrabbit and antelope, a mythical animal of US and Canadian folklore. Similar animals exist in European cultures. Bavaria has the Wolpertinger, a mythical animal which inhabits the Alpine forests of the German state. Examples were to be seen in the German Hunting and Fishing Museum in Munich and in selected pubs in the Southern German state. There is Wolpertinger pub in the town of Garmisch-Partenkirchen in the South of Bavaria, close to the border with Austria. Set in the shadow of Germany’s highest mountain, the Zugspitze, Garmisch-Partenkirchen offers visitors stunning mountain views and easy access to some of the marquee sights of Bavaria such as the Zugspitze itself and Oberammergau, a centre of wood carving and the site of the world-renowned Passion Plays which are staged every 10 years. When driving from Garmisch Partenkirchen to Oberammergau, there is the chance to stop off at Kloster Ettal, a monastery where the Bavarian tradition of beer making is upheld by a community of monks. A museum is also on site, so hopefully you will have a designated driver! The Linderhof Palace is also close by. It is one of the opulent palaces built by King Ludwig of Bavaria. The carefully manicured gardens framed by the mountains provide the perfect place for some contemplation.

We do not have the Ettal beer available at Bradley’s (yet), but you can definitely sample some other examples of the Bavarian and wider German brewing tradition. We stock beers from  Augustiner, one of Munich’s Big Six breweries, or another option from the other side of the country would be  Koelsch from Koeln (Cologne), a beer famous both for it’s taste and the small narrow glasses in which it is served, veritable thimbles when compared to the 1 litre Mass glasses you would see beer served in Bavaria.

We hope that we have piqued your curiosity about what makes Drumshanbo Gunpowder Irish Gin tick. If we have why not get yourself a bottle, especially if you have missed out on  Blackwater Barrys Tea Gin!